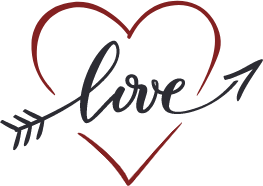 Besides Georgetown, there is no neighborhood with more notoriety or prestige in the District of Columbia than Capitol Hill, or “The Hill,” as it is just as commonly referred to in Washington. The neighborhood takes its name from the United States Capitol and the hill that the building sits upon. The US Capitol is considered one of the most iconic symbols of America with the likes of the American flag, Statue of Liberty, and the White House. In addition to the Capitol Dome, the United States Supreme Court and the Library of Congress can also be found within this neighborhood’s boundaries.

Like much of southern DC, The Hill has a housing stock that is comprised mainly of condominiums, Victorian and federal-style rowhomes, single-family homes, and apartments. The housing market is highly competitive here, and most homes sell over list price due to high demand and the desire to be in the epicenter of Washington DC power and influence. As a result, it should come as no surprise that The Hill is home to a substantial number of Congresspersons, Senators, Hill and Whitehouse staffers, lobbyists, and politicos.

It doesn’t matter where you hail from, what language you speak, your socioeconomic status, or family size; there is a place in Capitol Hill for everyone. Home to the power players of Washington, postgrads from the likes of Georgetown and American Universities, young professionals starting their careers, and members of Congress, The Hill has all the best that DC has to offer anyone wishing to call it home.

What do locals love?

The Hill is also home to Eastern Market, which serves as the hub of the community in this powerful destination. The market offers deli products, baked goods, florals, butchered meats, crafts, art, and antiques. Surrounding Eastern Market, numerous restaurants, bars, and grocers can be found. Some of The Hill’s more noteworthy dining spots are: Home of the Commandants, Hawk ‘N’ Dove, Rose’s Luxury, Pineapples and Pearls, Little Pearl, and Belga Café

1.7 miles from Clyde's of Gallery Place

1.2 miles from The Capitol

1.0 miles away from Smithsonian National Air and Space Museum

0.5 miles away from the Untied States Capitol

0.5 miles away from Garfield Park

0.4 miles away from Library of Congress (worlds biggest library)

0.4 miles away from Trader Joe’s

0.2 miles away from Good Stuff Eatery

These homeowners recently sold their home. Ready to sell yours too?

Our new free tool shows you how much your home is worth. It's quick, easy, and there's no obligation!

Searching for a home for sale in Capitol Hill or want to learn more about what it’s like to live in Capitol Hill? The Nellis Group can help. Give us a call, and we'd be more than happy to set up a few private showings. In the meantime, feel free to browse our buying resources!

Selling a home in Capitol HIll? Learn more about how we can help with that, too!

The capital of the United States is a beautiful city that blends tradition with modern living.

© 2022 Bright MLS. The information provided is for consumers' personal, noncommercial use and may not be used for any purpose other than to identify prospective properties consumers may be interested in purchasing. All properties are subject to prior sale or withdrawal. All information provided is deemed reliable but is not guaranteed accurate, and should be independently verified.