Traversing Northern Virginia is fairly simple until you start factoring in D.C. and Maryland. In NoVA, there are multiple public transportation options, airports, commuter trains and buses, slug lines, highways and byways.

The Nellis group has put together some of these options to better familiarize newcomers with our transportation system and options. 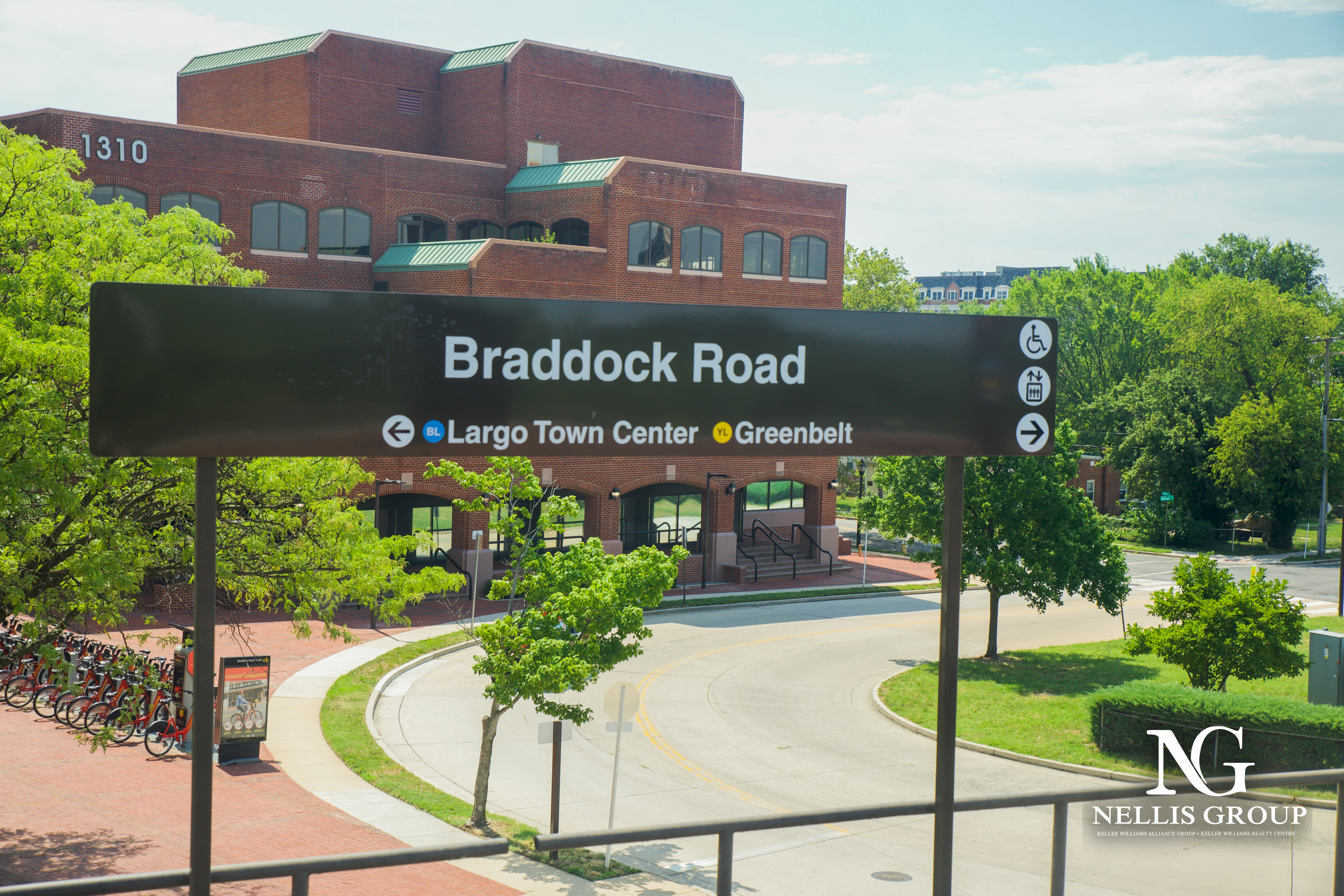 Braddock Road is an island-platformed Washington Metro station in Alexandria, Virginia, United States. The station was opened on December 17, 1983, and is operated by the Washington Metropolitan Area Transit Authority (WMATA). Providing service for both the Blue and Yellow Lines, the station is located at Braddock Road and West Street.

Primarily serving as a "short-haul" airport, Reagan National offers nonstop service to destinations no further than a 1,250-mile perimeter from Washington, D.C. as part of the federally-instituted "Perimeter Rule." Over the years, the federal government has granted exceptions to this rule, allowing daily flights to several cities beyond the perimeter, including Denver, Las Vegas, Los Angeles, Phoenix, Salt Lake City, San Francisco, Seattle, Portland (Oregon,) San Diego, and Austin.

The "slot rule" was created by the Federal Aviation Administration (FAA) in 1969 at five high-density airports to reduce congestion and spur growth at other nearby airports. Reagan National's slot rule limits the number of landings and takeoffs to 62 per hour. Federal legislation in 2000, 2003, and 2012 added 24, 22, and 8 new slots. 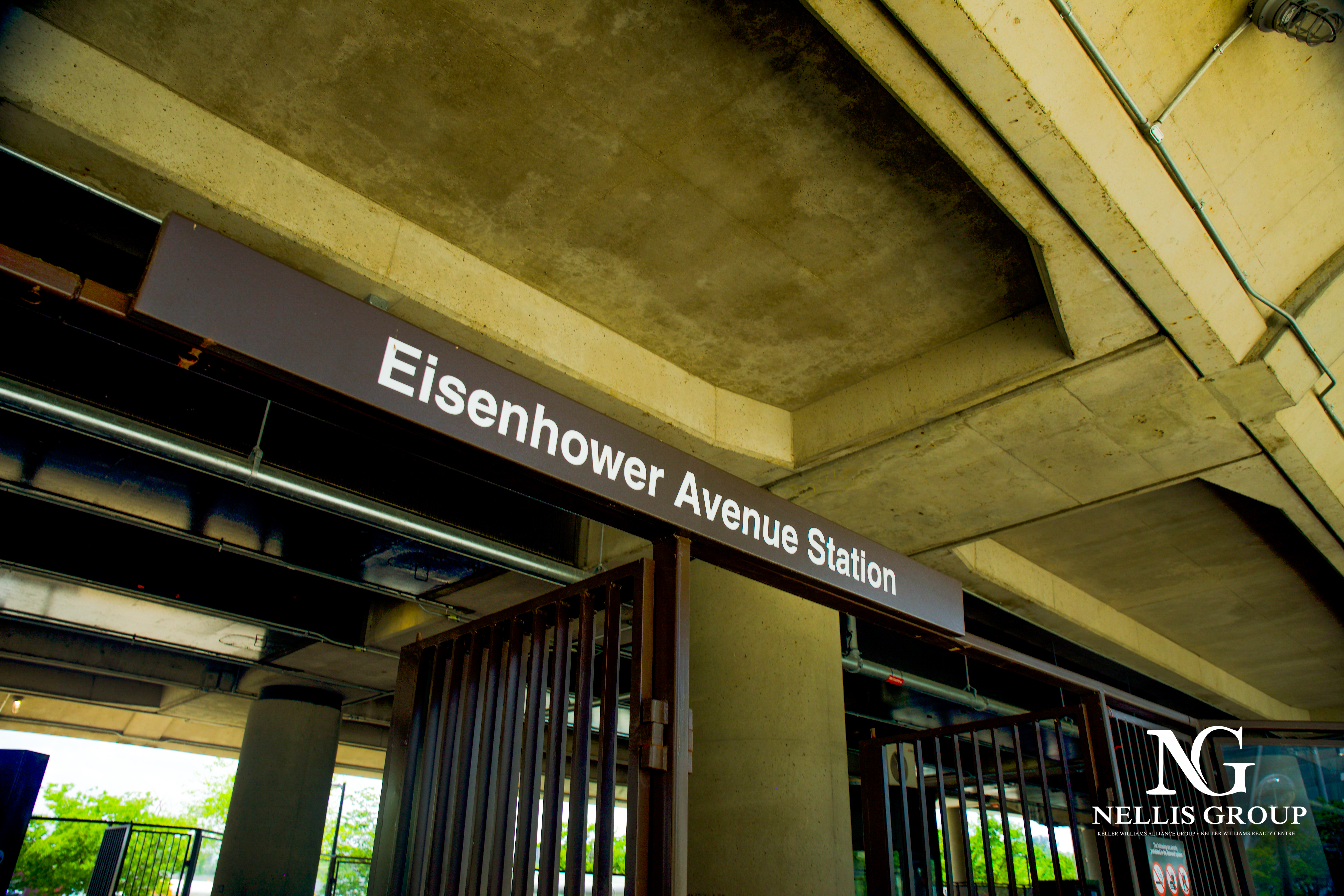 Eisenhower Avenue is a rapid transit station on the Yellow Line of the Washington Metro in Alexandria, Virginia. It opened on December 17, 1983. The station is located at Eisenhower Avenue near Stovall Street, next to the Capital Beltway and the Hoffman Town Center entertainment complex. The station provides connections to Metro's REX (Richmond Highway Express) bus service and the DASH bus service run by the city of Alexandria. 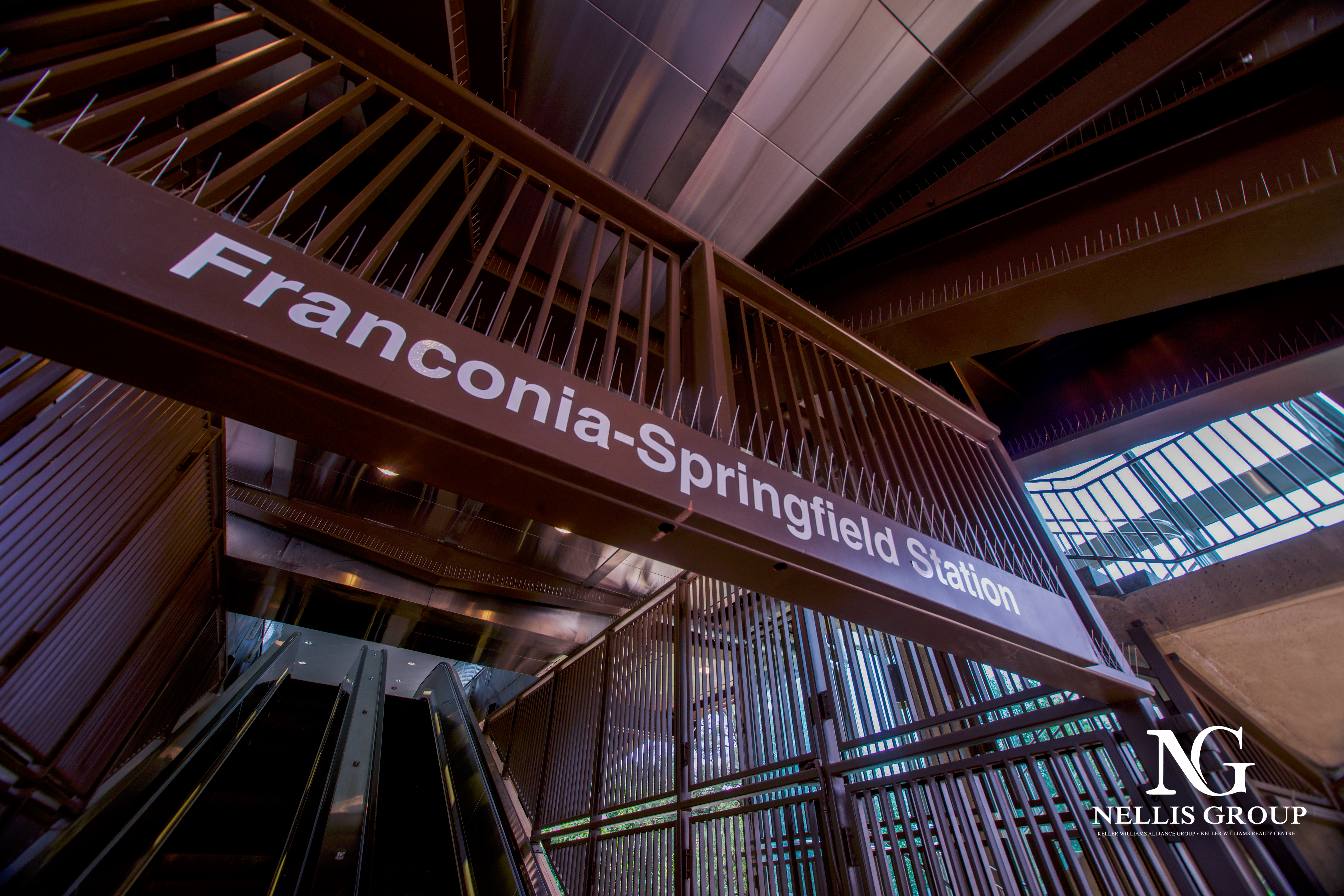 Franconia–Springfield is a Washington Metro rapid transit station and Virginia Railway Express commuter rail station located in Springfield, Virginia, United States. The station is the southwestern terminus of the Metro Blue Line and an intermediate station on the VRE Fredericksburg Line. It is also a major bus terminal for Fairfax Connector buses, plus other local and intercity bus routes. Located in a suburban area near I-95, the station is primarily used by commuters from more distant suburbs.

Washington Dulles International Airport (IAD) is located in Chantilly, Virginia, on 12,000 acres outside of Washington, DC. The Main Terminal opened in 1962 and was designed by architect Eero Saarinen. Dulles is a major hub for domestic and international air travel with a mixture of legacy and low fare carriers that provide air service throughout the world. Flights operate from midfield concourses A, B, C, and D, and from Z-gates connected to the Main Terminal. The airport has invested in its infrastructure through a major capital program, including two parking garages, a new airport traffic control tower, expanded B-gates, a new fourth runway, an AeroTrain people mover system, and an expanded International Arrivals Building. The airport is connected to the region's highway system via an Authority-operated, 16-mile Airport Access Highway dedicated to airport users. A 23-mile expansion of the region's Metrorail system that includes a station at Dulles is under construction. 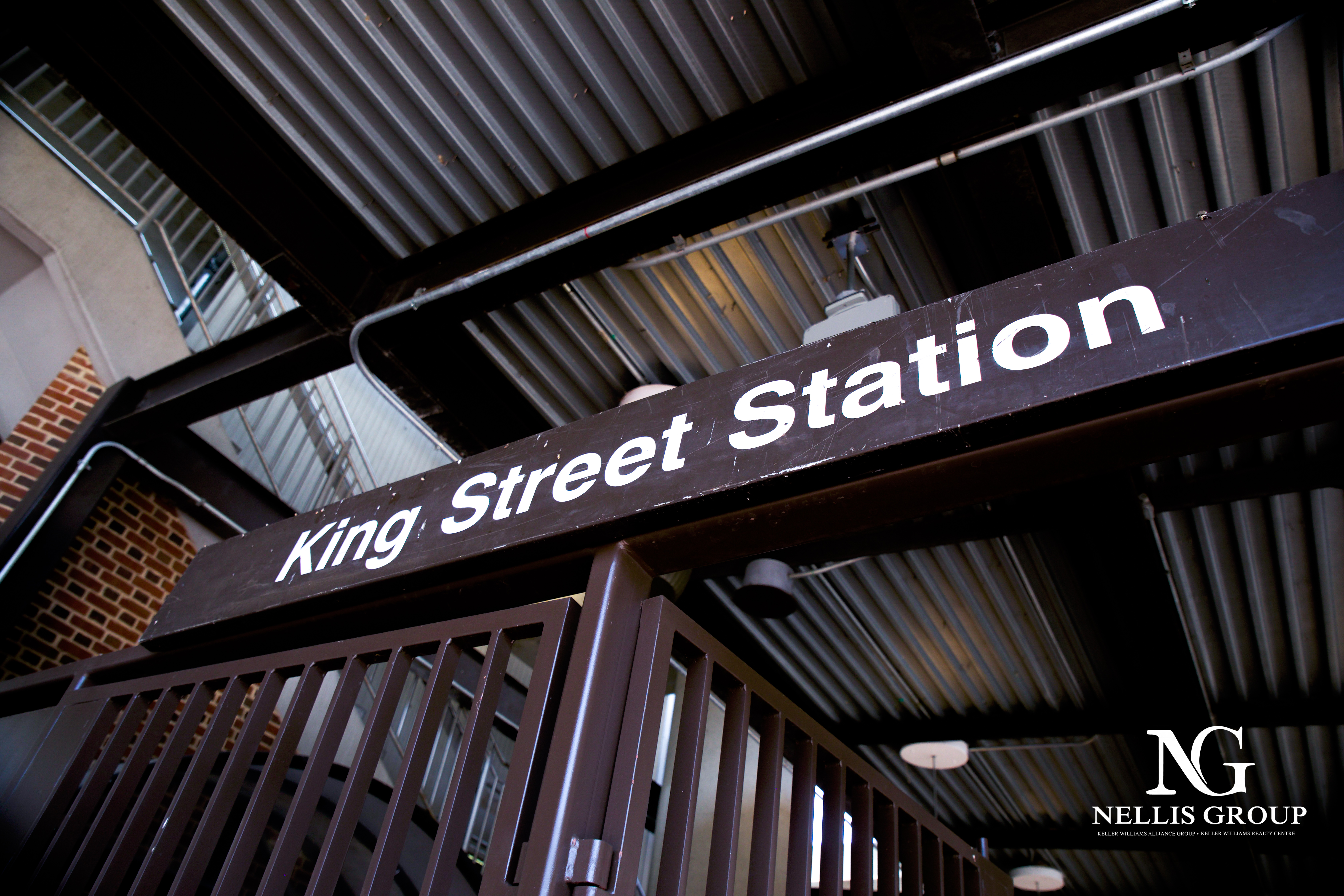 King Street–Old Town is an island platformed Washington Metro station in Alexandria, Virginia, United States. The station opened on December 17, 1983, and is operated by the Washington Metropolitan Area Transit Authority. Providing service for both the Blue and Yellow Lines, this is the southernmost transfer station for the Blue and Yellow lines, as the two lines converge just south of the station. The station is located at King Street and Commonwealth Avenue.